I would like to take the opportunity to address two common arguments/questions:

“HyperCommunity & the HyperFund platform operates as a pyramid scheme.”

This is one of the main arguments that is used by people to discredit it.

While it is true that HyperFund has a system to reward community builders who invite others to the HyperCommunity (as many other companies do), it is necessary to make it clear that they are not actually paying any commissions at all, but simply an acceleration of the 2-3x that you are getting. In other words, inviting others gets you the total 2-3x FASTER.

Let me also shed some light on the rewards in the referral plan:

• The Community, VIP, and Global Reward are Residual Rewards. This means that community builders receive a daily accelerated reward in the form of a small % of the rewards of their team. But the most important thing is that the origin of these payments ARE NOT THE CONTRIBUTIONS OF NEW MEMBERS, but rather obtained from the profits of the company. Even if not a single partner entered, those rewards would continue to be given to you. And also, as mentioned before, this isn’t commission, but rather an acceleration of the rewards you are already getting by becoming a member of the community.

“Why do they need our money if they are so successful already?”

The reality is, this entire vision is far beyond money. When it comes to money, it’s clear through the holdings, investments, and companies they own that they have generated billions of dollars in cryptocurrencies and helped incubate some of the biggest projects in crypto. This project was created for three common reasons: 1) Mass adoption 2) Giving back to the world and giving them an opportunity to benefit from the growth of this industry as well.

Ryan Xu himself was named as a self-proclaimed “Utopian Capitalist” by top global media outlet Washington Post (https://www.washingtonpost.com/world/asia_pacific/in-chinas-tibetan-highlands-the-bizarre-world-of-bitcoin-mining-finds-a-new-home/2016/09/12/7729cbea-657e-11e6-b4d8-33e931b5a26d_story.html) and has always had a vision of a world where normal people have a fighting chance in a world where massive corporations control everything.

And he also wants to fix one fundamental flaw in the blockchain and crypto industry: the lack of loyal communities.

Multi-billion dollars multinational corporations such as Google, Facebook, and Amazon realize the power of community and users understand mass adoption cannot be achieved without loyal users. Many projects in the blockchain and crypto industry suffer the same fate, which is they are used as tools for speculation and greed, pumped and then dumped and no actual value or underlying technology that can really change the world is ever realized.

If you research into the projects HyperTech is developing, such as HCash, MOF, and HyperDao, you will see that this is cutting edge technology developed together with prestigious universities and supported by governments. And Ryan wants these projects and his vision to truly be achieved.

By leveraging a community, where he and the team can share the profits on a daily basis that they make with their companies and in their many business ventures and reward the members for participating in his vision, not only is The HyperTech Group able to leverage the community membership to continually grow their ecosystem and work with new governments around the world, but something else powerful happens:

Happy members start to see value in their projects, exchanges, and platforms, and suddenly, the 100s of thousands or millions of people that were initially only leveraging HyperFund are now loyal users of their many exchanges, their wallets, and holding their tokens long term. And thus, a loyal community is built and transformative things can continue to happen with a strong community backing them.

And this is why Ryan and the whole HyperTech Group want and need a loyal community to take their ambitions and goals to the next level.

I am a 30 year veteran in network marketing. I have been marketing and training online for almost 20 years. My personal goal is to teach and help as many people online reach their goals of Financial & Time Freedom
0 comments 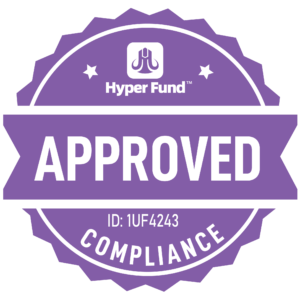 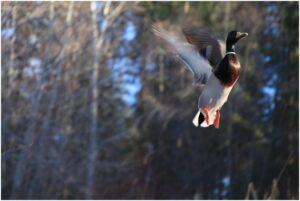